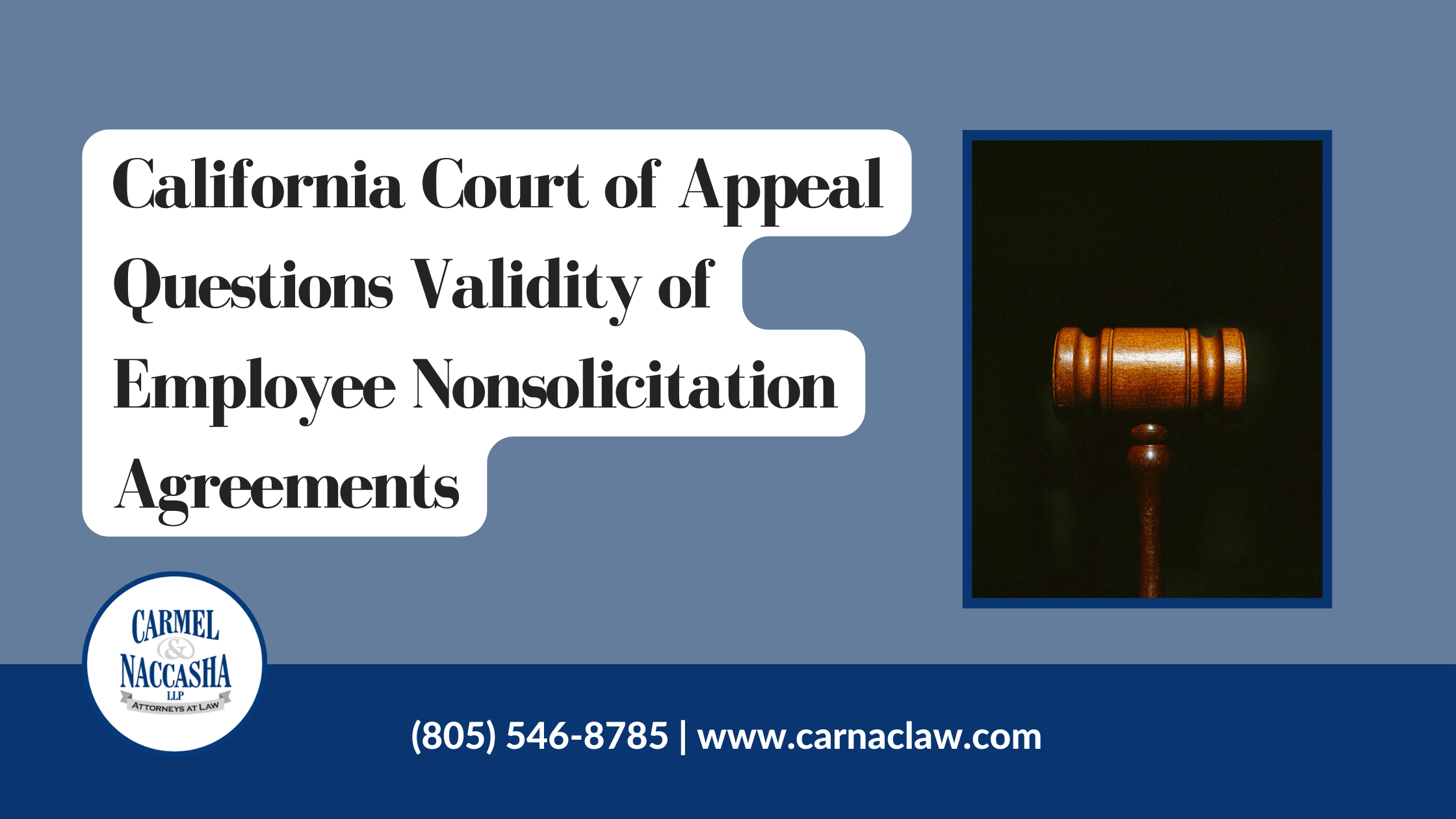 Notwithstanding wide adoption and an arguably very compelling interest of the business, the state of California takes a strong stance against employee non-solicitation agreements and places a very high premium employee mobility and the right to work, and are now potentially unenforceable by law if drafted so broadly that it prevents the employee from practicing in their chosen profession, essentially becoming an impermissible non-competition agreement. Business and Professions Code § 16600 (“BPC”) provides that “every contract by which anyone is restrained from engaging in a lawful profession, trade, or business of any kind is to that extent void.” The general prohibition on the validity and enforceability of nonsolicitation agreements has very few legislative exceptions. [1]

The case involved two competing businesses, AMN and Aya. Both companies are in the business of providing nurses to healthcare facilities on a temporary basis. Both companies rely on internal recruiters to locate and place these “traveling nurses” into healthcare facilities for thirteen-week assignments. As a condition of employment, AMN required its nurses to sign a CNDA prohibiting them, for at least one year after their employment, from soliciting any AMN employees to leave AMN. In this case, some recruiters left AMN to work for Aya, where they proceeded to recruit AMN nurses in contravention of the signed CNDA.

AMN sued Aya and the recruiters individually, for breach of the CNDA. AMN also argued that the identity of its employees was confidential information, and a trade secret, which Aya employees improperly used in its recruiting of AMN nurses. As to the breach of contract claim, Aya and the recruiters successfully argued that the employee non-solicitation provision in the CNDA was void under BPC § 16600. The Court, in reaching its decision, reasoned that because the recruiters were in the business of recruiting, any restriction on their ability to conduct those activities would be a restraint on their right to engage in their chosen profession, thus violating BPC § 16600. Following the California Supreme Courts rationale in Edwards v. Arthur Andersen LLP, (2008) 44 Cal.4th 937, the Court of Appeals went on to express doubt as to whether any employee non-solicitation agreement, in any context, would satisfy the requirements of BPC § 16600, despite some prior case law to the contrary.[2] With respect to the trade secret argument, the Court did not find it persuasive, as the identity of employees does not constitute a protectable trade secret.

What you need to know

Apart from the organizational distraction, likely harm to corporate culture and potential negative impact on employee retention are concerns for a violation of BPC § 16600. Additionally, a violation would render the offending provision or agreement unenforceable. Furthermore, a clause that is void under BPC § 16600 may also violate California’s Unfair Practices Act (BPC § 17200 et seq.), providing for both monetary damages as well as injunctive relief. Most notably in AMN Healthcare, the Court awarded Aya $190,000.00 in attorney’s fees and costs because, as the court concluded, “the instant action involved an important issue affecting the public interest.”[3]

The attorneys at Carmel & Naccasha have extensive experience advising our business clients on matters involving compliance with California’s rapidly changing employment laws. If you have any questions or need assistance in ensuring your business is protected, please contact Carmel & Naccasha and for more details, read our full disclaimer.

Trust Administration 101 – You are now a Successor Trustee