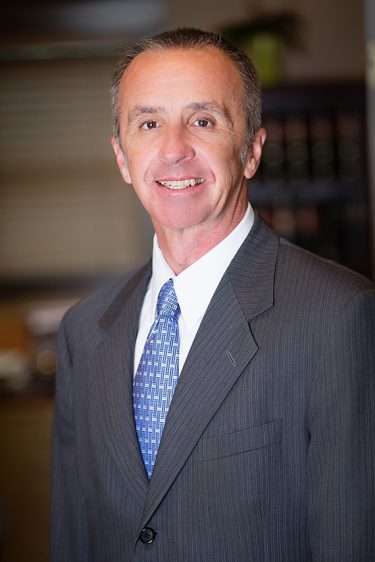 With over thirty years of experience, Michael McMahon focuses his practice at Carmel & Naccasha LLP primarily on civil litigation in the areas of employment, business, public agency, and real estate law.

Mike has substantial background representing both private businesses and public agencies. Practicing law since 1992, he has tried cases on behalf of one of the country’s largest telecommunications companies. He routinely provides extensive advice and counsel to clients on employment-related matters and has grown his practice to also include land use matters.

Mike has handled cases on behalf of numerous cities and special districts in southern California and on the Central Coast. He is familiar with the Tort Claims Act, public entity defenses and immunities and writ proceedings. He has represented public agencies including the City of Arroyo Grande, Cambria Community Services District, San Miguel Community Services District, City of Santa Maria, and Templeton Community Services District. Mike has represented public agencies on employment related matters from initial discipline to trial. He also has experience conducting personnel investigations and provides advice and counsel on labor and employment issues to local businesses.

Mike moved to San Luis Obispo County in 2005, taking a position as a Court Attorney with the San Luis Obispo County Superior Court. At the Court, Mike dealt with a wide range of civil matters, researching and drafting memoranda to SLO County Superior Court judges with recommended rulings on contested matters. These cases involved real estate transactions, boundary disputes, insurance matters, class actions, actions by and against public agencies and petitions for writs of administrative mandate. Mike also regularly served as a judge pro tem during his tenure as a Court Attorney and had the opportunity to rule on law and motion matters.

Mike has been involved in his home community of Paso Robles as a youth sports coach and in the High School and Middle School Mock Trial Competition. Having retired from youth sports with his children reaching adulthood, Mike remains active by bicycling, hiking, and walking the hills in his neighborhood west of Downtown Paso Robles.  He enjoys spending time with his grown kids and his stubborn but lovable Scottish Terrier Tierney, who is named for left-back Kieran Tierney of Arsenal Football Club and the Scottish National Football Team.

While at Arizona State University earning his J.D., Mike was senior note and comment editor of the Arizona State Law Journal and a writing instructor for first year legal research and writing.

Our Law Firm is Hiring an Estate Planning Attorney