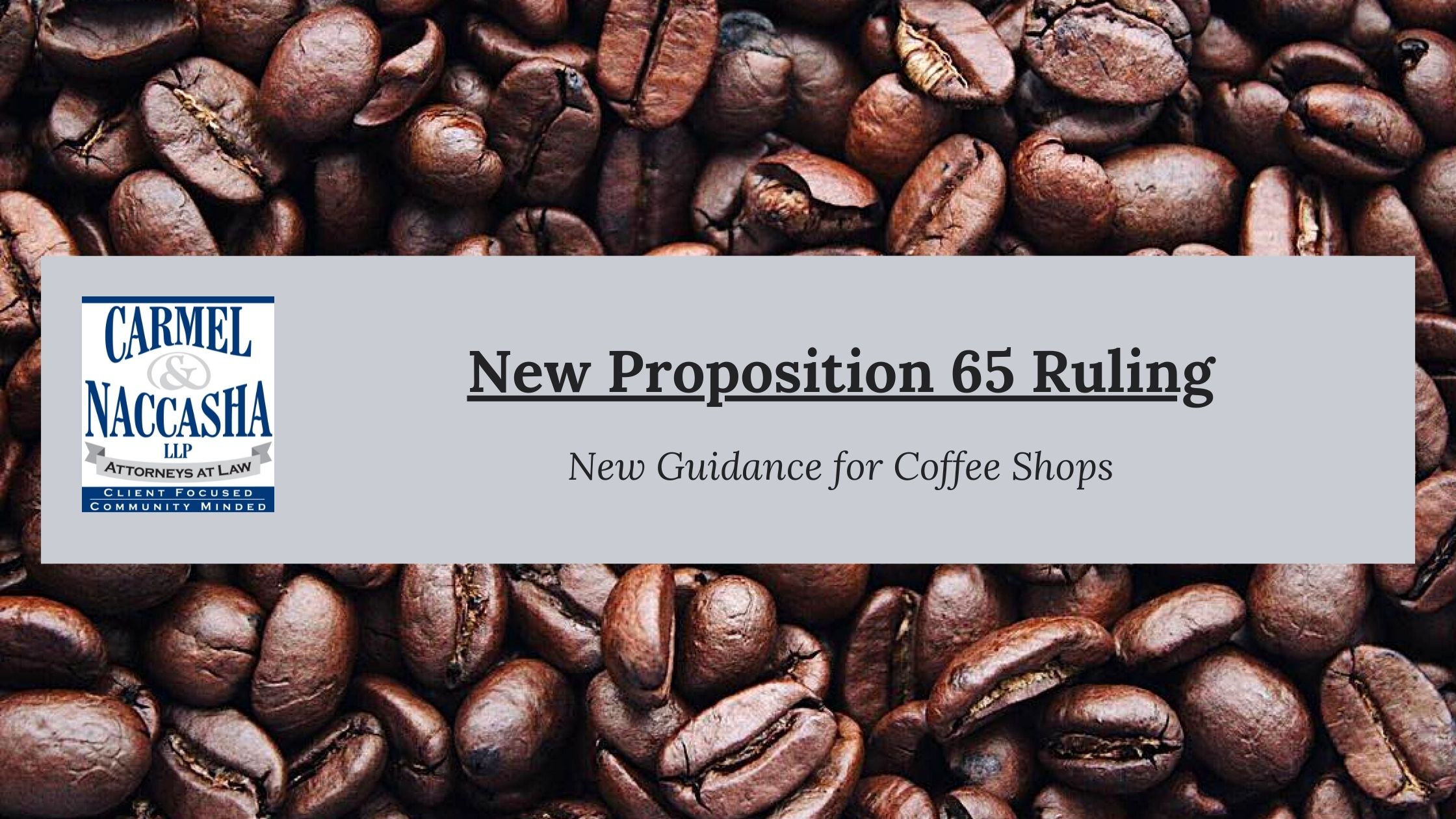 Acrylamide is an organic compound that forms from the sugars and amino acids naturally present in food. It is usually formed by roasting, grilling, or baking starchy foods, and is commonly found in the following items:

Determining the safety of acrylamide

Multiple studies have been conducted to determine if acrylamide is safe for human consumption. The studies that the California courts previously based the requirement for a warning involved the dosing of lab rats with very high amounts of acrylamide, amounts that were hundreds of times higher than that would naturally be ingested in the normal consumption of foods containing acrylamide. In those studies, the lab rats dosed with the compound went on to develop cancer. However, studies focusing on the consumption of coffee, a beverage high in acrylamide, by humans have yet to show a correlation between the consumption of coffee and cancer. This indicates that the studies performed on lab rats involving unrealistically high doses of acrylamide are not relevant to people.

A brief recent history of acrylamide in the California courts

In June of 2019, the California Office of Environmental Health Hazard Assessment (OEHHA) evaluated multiple studies, including epidemiology studies, and disagreed with the prior 2014 and 2018 verdicts. OEHHA determined that coffee companies should be exempt from including Prop. 65 cancer warnings on their product based on epidemiological evidence.

OEHHA’s findings prompted the California Chamber of Commerce to file a suit against the Attorney General, Xavier Beccera (California Chamber of Commerce v. Xavier Becerra) to stop enforcing the Prop. 65 warning on foods containing acrylamide. This suit was based on the fact that acrylamide is not an additive, but rather an organic compound that is naturally formed as a result of cooking starchy foods at high temperatures. It relies on the conclusions of the OEHHA, Food and Drug Administration, National Cancer Institute, and American Cancer Society regarding the effects, or lack thereof, of the consumption of the naturally occurring compound. All of these organizations, on further investigation, found that studies on acrylamide consumption show no increase in cancer risk in humans.

Furthermore, the California Chamber of Commerce alleged that the Prop. 65 warning required for acrylamide violates the 1st Amendment, because it compels manufacturers to make false and misleading claims about their products. The Prop. 65 warning alleges that acrylamide is “known to the State of California to cause cancer in humans” when in reality, exposure to the compound has only been shown to cause cancer in rats, and even then only when dosed in unnaturally high amounts.

So far, this suit has resulted in an injunction prohibiting new Prop. 65 lawsuits alleging acrylamide exposure from food. This injunction does not immediately affect existing settlements or agreements related to Prop. 65 and acrylamide. Though this decision is not final, it is built on a strong foundation. It draws its logic from the claim that Prop. 65 warnings on acrylamide constitute compelled speech that is not purely factual and uncontroversial, since the compound is not actually known to cause cancer in humans, only in lab rats.

The claim that acrylamide is “known to the State of California to cause cancer in humans” is misleading, and may cause consumers to assume that the levels of acrylamide found in cooked starches puts them at a much higher risk of cancer, when there is no scientific data to back up that assumption. Additionally, the Court found that the warning did not directly advance California’s interest in protecting the health and safety of consumers, again because of the questionable link between acrylamide exposure from food and cancer in humans.

If you have any questions, please contact Carmel & Naccasha, and for more details, read our full disclaimer.

Our Law Firm is Hiring an Estate Planning Attorney