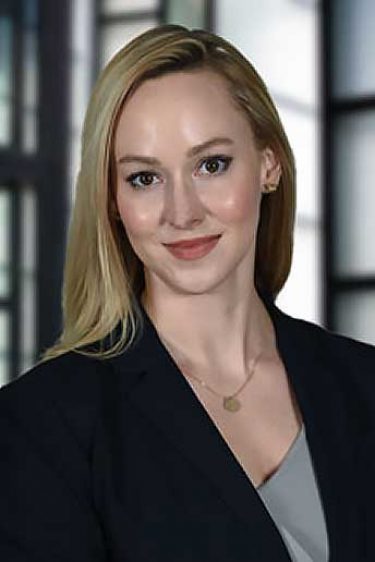 Devin Mikulka joined Carmel & Naccasha after working as an associate in the Los Angeles office of Lewis Brisbois as a member of the Labor & Employment Practice. Prior to her work in Los Angeles, Devin worked at a boutique employment law firm specializing in single plaintiff discrimination, wrongful termination, and wage and hour matters. She also worked as a law clerk for the U.S. Attorney’s Office for the Southern District of California in San Diego. Prior to law school, Devin worked for the U.S. Department of Justice on the international extradition of criminal fugitives.

Her practice focuses on defending employers against a variety of employment litigation matters, including discrimination, harassment, retaliation, wrongful termination, and wage and hour and PAGA actions. Devin represents clients in both state and federal court, as well as in arbitration.

Devin earned her bachelor’s degree in foreign affairs and Spanish from the University of Virginia and later attended law school at UC Davis where she graduated in 2015. Devin recently moved to the Central Coast and is one of the newest members of the Carmel & Naccasha team.

Employee Travel During the COVID-19 2021

Partition as a Remedy: Joint Tenancy & Tenancy in Common 2021